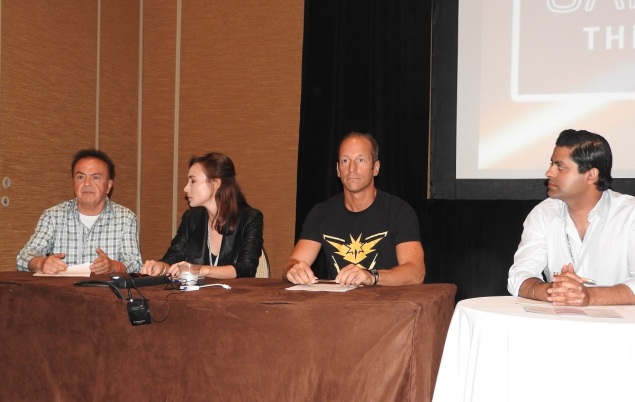 Last month, I participated in a GamesBeat panel in Los Angeles to discuss virtual reality (VR) and augmented reality (AR) in gaming. My fellow panelists, Marco DeMiroz of The VR Fund and Alice Lloyd George of RRE Ventures, and I discussed the surging popularity of VR/AR among gaming companies and whether or not the hype stands up to the reality from an investor’s standpoint.

Check out the video below to watch the panel session.

The panel focused chiefly on the monetization expectations of VR and AR, specifically the factors that accelerate or impede the revenue opportunity of these technologies.

All three panelists agreed that there are expansive possibilities in AR/VR, especially considering the growth in $5-6 experience devices in China and the fact that half of developers have started building VR in the past year. However, while Marcos and Alice are actively building their portfolios around VR/AR’s imminent profitability, I’m a bit more conservative. As I explained during the panel session, there are a few key reasons why I think we’re still five to three to five years away from fully monetizing on AR/VR in gaming:

Catch all the details in the panel video, and stay tuned for more of my contrarian thoughts on AR/VR gaming in the near future!